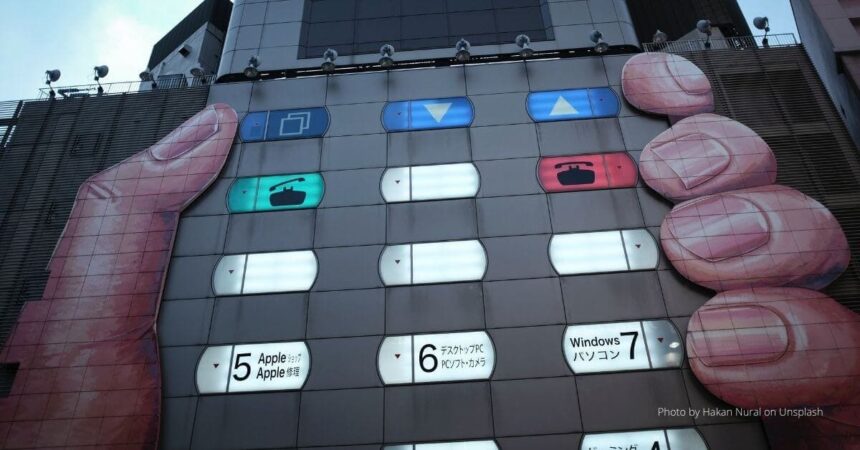 It is in fact that even Japanese architecture has a lot of history itself. Touched and influenced by the traditions, religions, neighboring countries, geography, climate, and the government styles of each era, you will see that Japanese architecture has small changes such as using the sliding doors or fusuma, from era to the next era. It is a good thing that the changes helped a lot to reach this amazing result in architecture in Japan today.

From approximately 5000 BCE to the beginning of the eighth-century CE. which includes the Jomon, Yayoi, and Kofun periods, pit houses are the trend with tamped earth floors and grass roofs. In these following periods, concentric stone circles, Chinese-influenced raised floors, and Korean-influenced old mounds were used in the architecture.

With the introduction of Buddhism, Buddhist temples were the latest. Also at this time, the kami worship brought the Shinto architecture. This period brought the usage of wood and ceramic tiles in architecture to its golden days such as the 41 independent buildings found in Horyuji.

Brick roofing tiles and hinoki were used for roofs. The hidden roof was also adapted during this era. Ken, a traditional measure of both size and proportion, was used accordingly because of the increasing size of the buildings.

In this period, an aristocratic-style of a building called shinden-zukuri was born. This style uses the symmetry of buildings to blend with the wider landscape.Yamato-e which is a Japanese-style painting was also used in this era.

The later part of this period introduced the Minka style and form of vernacular houses. The characteristic styles are categorized by wood, packed earth floors, and thatched roofs.

In response to the geographical problems such as earthquakes, heavy rainfall, and summer heat, the architects of this period created the Daibutsuyo and Zenshuyo styles. Usage of narrow moats and stockades were known as buke-zukuri style. Also, buildings with a single roof are built for training and defense purposes.

Tatami mats, fusuma, sliding walls/shoji, and dry garden(water replaced by sand or gravel) were introduced in this era.

Castles, gardens, and fortified buildings were built within massive stone walls and deep moats. Verandas were linked with the interior and exterior gardens. Shelving, alcove, painted fusuma, and byobu were used as artwork for display.

The rising population pushed the idea of having two-story houses, often constructed on raised stone plinths. Tiles were used on the roof and exposed timbers were plastered to prevent fire.

The characteristic styles were the black color of walls made from India ink to burnt lime and crushed oyster shell. Sukiya style which is characterized by clean, simple lines, decor, and wood usage was also introduced.

By this period, Japanese architecture is starting to be influenced by Western style. Schools, banks, and hotels are needed to be built. The usage of brick, stone, central pedimented portico, and window displays by German architects were introduced. Japanese carpenters developed giyofu, a pseudo-Japanese style architecture using wood.

Also, foreign architects were invited to Japan to showcase their ideas. Japanese architects who studied abroad brought their fame when they returned home. The Imperial Crown style which has a characteristic style of Japanese-style roofs were used such as the Tokyo Imperial Museum.

The mix of traditional style and international style of architecture was more emphasized when Kagawa Prefectural Office Building was designed. Metabolist Movement started to shine during this period. The Metabolist designs are everywhere, especially on large construction firms.

By the 1960s, space, abstraction, and symbolism were the latest. Urban semiology also boosted. In the late 70s and early 80s, the idea of promoting local and national culture within architecture called Critical Regionalism was introduced. Art partnered with concrete is the thing in this era.

By this era, most architectural designs are made from concrete, glasses, woods, aluminum roofs, acrylics, manipulation of blocks, paper tubes, huge windows, and porches, which makes the architectures seem weird but unique. As of today, there are a lot of amazing architectures found in Japan and that is thanks to the ideas from the past.

With the mix of the Western-style, modern, and post-modern style incorporated architecture, Japan is the country to lead the latest cutting-edge architectural design and technology today. Here is the top-rated modern Japanese architecture.

Fuji Kindergarten was built as a ring around a 50-year-old Zelkova tree. The latest and modern architecture is characterized by glass, steel, and wood construction surrounding the tree letting the children explore and play around the kindergarten.

Located in the Shizuoka Prefecture mountains, the 100 square meter complex, Jikka features harmonious 5 tents look-alike structures surrounded by the ecosystem. This has an indoor pool and common kitchen for the retired two ladies with their caretaker and cook.

In Kumamoto City, a preschool encourages their kids to play in the puddle collected from rainwater. When the patio is dry, the kids can play badminton, softball and ice skating during winter. The school is characterized by plenty of glass walls and natural light.

Ebisu East Gallery, architecture as a wedding venue in Tokyo. As you can see, the building is made up of magnificent glass and aluminum-clad addition. It will look like a little bit of an eggwhite from a cracked eggshell. A real manifestation of transformation indeed!

With a total floor area of 19 square meters, Takeshi-san built his micro home with a pair of curved roofs. A perfect space for study, bathing, drama, music, and modest pleasure.

This is a shopping complex in Japan. This architecture consists of Parks Tower and a 120 tenant shopping mall with a rooftop garden.

Shinkin Bank is a branch in Kawaguchi. The concept of this modern building is rainbow melody and it looks like boxes topped with one another.

This is a five-story townhouse with a front of a stack of gardens. Glass walls are used to avoid the narrowing of interior spaces. Even if the site is dark, the glass architecture makes the building receive the maximum sunlight.

Ever seen a green leafy urban in-between gray buildings? This architecture is characterized by its powerful green terrace gardens covering the building. This building consists of one million square feet of multipurpose spaces such as an exhibition hall, museum, theater, conference halls, private offices, parking, and rental spaces.

10. Ribbon Chapel In Hiroshima by Hiroshi Nakamura and NAP

This is a wedding venue in Onomichi . Located in a panoramic midway of a hill, you can see the entwining two spiral stairways supporting each other just like a couple. These stairways form a ribbon and thus, gained the name, Ribbon Chapel.

They designed an unusual three-story family house equipped with a slide that connects all three floors, a very fun home. This is located in Meguro-Ku and is a 1762 square foot home. The slide is on the other side which forms a circular route around the house.

Nakagin Capsule Tower is located in Shimbashi, Tokyo. This is the remaining Japanese Metabolism, being used as a residential and office. It can be seen as a lot of speakers from afar but they are actually for rental purposes and the remains of Japan’s postwar cultural resurgence.

The theme for this Shinkin Bank branch is an open sky motif. It may look like some colored squares stacked into each other but upon entering, you will see three elliptical lights from the interiors. The designs on the exterior lights different colors during the night.

Looks like a four house stacked on top of each other, Tokyo Apartments is very unique. The apartments are connected by stairs and ladders both inside and outside the building. The exterior is painted white and it is like an experience on mountain climbing, seeing from atop is a must.

This is a site built for a couple. Nasu Teepee House is located at Tochigi Prefecture and is characterized by triangular houses, seemingly buried in a grove of mixed trees. What makes this unique is that it is like a tent and provides a warm comfort to the owners.

He is notably known as the designer of the New National Stadium, Sunny Hills in Aoyama, and the Starbucks Reserve Roastery building. He teaches and ran a lab at Tokyo University.

She is one of prestigious Pritzker Prize receivers and is notably known for her works such as the police box outside Chofu Station and the Hokusai Museum in Sumida Ward.

Toyo Ito is known for his conceptual works of architecture and that resulted in him designing TOD’s Omotesando building, the Mikimoto 2 building in Ginza, and the Library of Tama Art University in Hachioji.

One of the most influential architects of the last century, Kenzo Tange is known for the Tokyo Metropolitan Government Office in Shinjuku, St. Mary’s Cathedral (also called Tokyo Cathedral) in Bunkyo Ward, and the Yoyogi National Gymnasium in Yoyogi Park.

It is fun to learn many things about the architecture of Japan. From the traditional to modern, latest designs, and the famous architects in Japan, we can conclude that even the buildings in the country are rich in history, even enhanced by talent and skills. Try visiting the modern Japanese architecture in Japan listed above and witness the man-made wonders of Japan.

Japan is indeed the leader in construction activities in Asian countries. They also train and invite foreigners to work in Japan. To learn about TTIP, click here.

Best Ramen in Shinjuku: 10 Shops You Should Visit! 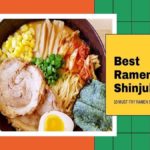 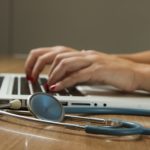