Hanko: The Best Souvenir You Can Get From Japan!

Did you know that Hanko is one of the best souvenirs you can get from Japan? If you prefer to buy small and portable novelty gifts for your loved ones and friends, or as a memento of your fantastic travel experience, Hanko could be the best option. It is not only affordable, but you could also avoid paying excess baggage fees at the airport on your way home.

But what is this carved stamp widely used in Japan? Why is it best to purchase as a gift or as a souvenir? Where can I buy in Japan, or can I order online too? This post will provide helpful answers to these questions. Read on and learn more about this Japanese stamp, Hanko.

What is the Hanko stamp for?

Hanko(the stamp), or inkan(the signature) are Japanese-style personal stamps with your engraved name, similarly to signatures in Western countries.

The method of sealing documents by using one’s fingerprint pressed onto the clay was originated in China in the 3rd C.E., where the idea also of carved stamps was born.

This traditional Japanese craft was first used only by the Emperor and his closest comrades. Then, the noble class utilized this method of signature.

Samurais and warriors during the Feudal Era began using the red ink in Hanko. After the Meiji Restoration, most of the people have started using the Hanko method of signature. Since then, all classes of people in Japan have wielded Hanko.

Because of the contemporary tradition of Hanko, this custom has not been abolished even though Japan is one of the innovative countries when it comes to technology.

Hanko or Inkan is being used widely by locals and even non-locals up to this day for signing job contracts, renting an apartment, signing artworks, and even setting up a bank account.

Why is Hanko the best souvenir in Japan? 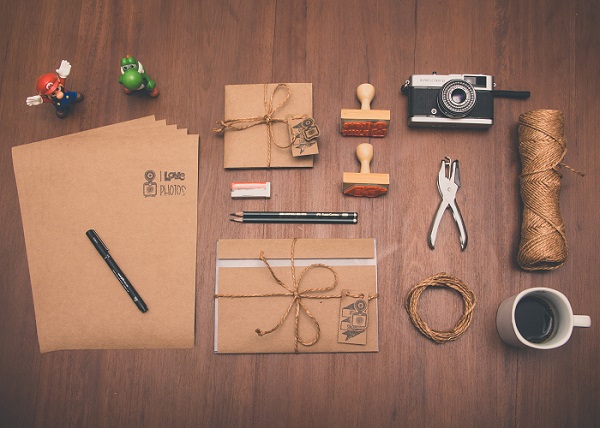 A personalized gift is something you want to share a special connection with someone closes to you. Choosing a gift such as a Hanko stamp would portray that deep bond. A PERSONALIZED Hanko would define the significance of your deep relationship.

Hanko can be made from jade stone, plastic, wood, or metal. Materials such as tsuge and buffalo horn(white or black) are used. Your name in either English, Kanji, hiragana, or Katakana can be carved inside the seal. This will then be enclosed in a case with an ink pad inside.

If you want to give this as a gift to your friends or loved ones, you can have their names engraved on this unique Japanese stamp. What a cool and unique gift idea!

Do you want a flabbergasting souvenir? The Japanese style is somewhat unique and will be the best memento you will ever have. The distinctive art, decorations, designs, and authenticity of Hanko portrays your rich, cultural adventure in Japan.

The Seven Font Styles are also very cool. You can get to choose your text styles from below.

You can find Hanko in 100 yen stores if you have a common name. Don Quijote stores throughout Japan have Hanko Boxes near the shops’ entrances. If you are looking for a Hanko souvenir, it is practical to order one from these stores.

This kind of cheap gift such as Hanko will likely incur a small tax or possibly even nothing at all. You will not have trouble in paying extra pennies for baggage excess. Unlike expensive and heavy gifts, Hanko will lessen your spending and will still be the best practical gift you can ever give.

Craft your own Japanese Stone Seal in Osaka!

Hanko symbolizes the Japanese culture. You can use them to stamp your books and letters. You can also use them for your collection hobby. Thus, Hanko is the perfect souvenir from Japan.

Before you decide to order a Hanko, you must know what style of Hanko you have to purchase. There are seven styles of Hanko. Please note that there are four kinds of Hanko(Jitsu-in, Ginko-in, Mitome-in, and Gago-in) and they have their different uses respectively. Mitome-in is the unregistered Hanko, generally used for souvenirs, gifts, and everyday transactions. This knowledge will help you differentiate Hanko regardless of its registration and style.

Very simple and clear. Easy to read and mostly used for souvenirs and gifts. This is the most familiar Hanko style as of today.

With the ultimate style of writing, Soshotai is by far, the difficult one to read. However, because it is very unique, it is also satisfying to users.

Reishotai is a style with well-balanced and harmonious writing. Kanji characters will look wide. Easy to read and elegant.

Defined as beautiful and graceful, this style is for calligraphers. Easier to read but you might still like it.

You will be impressed by its friendly nature. Unique writing but also well-balanced. To the Hanko community, this style is the most famous one. A traditional Japanese style Hanko.

The safest style, Hanko, prevents signature forgeries. It is difficult to imitate this hanko. For this reason, most users are from the office.

The oldest hanko style so far, Tenshotai is the style that uses the original Kanji. You can see this text style mostly from Japanese yen bills. Because of these famous impressions, office workers and companies use this font style. But you can still choose this one for souvenirs.

Where to buy Hanko stamps?

Hanko is not difficult to find as there are several Hanko shops or hankoya scattered everywhere in Japan. These include vintage Hanko shops wherein you can request personalized Hanko stamps. Apart from the discounted chain stores like Don Quijote and 100 Yen Stores that offer numerous cheap Hanko, our list of recommended shops/hankoya features both mortar stores and online stores in Japan.

LOCATION: Located at Yanaka Ginza Shoten-gai in Tokyo(3-11-15 Yanaka, Taito-Ku, Tokyo). From Nippori Station, walk until you get to the Sunset Stairs, known as Yuyake Dandan. The stamp shop is located close to the entrance.

REMINDER: If you are currently outside Japan and you want a UNIQUE Hanko delivered to you, Dual Hanko is what you are looking for. But due to high delivery costs, Dual Hanko does not offer their online services to customers OUTSIDE Japan.

This digital stamp can be used only on online documents which means you can’t use them on physical papers. However, if you want a physical and customized Hanko, you can ask your Japanese friend or a family to purchase one at Dual Hanko, then have them deliver it to you. Or you can visit Japan and purchase one as a souvenir.

Visit any Don Quijote in Japan and you will find a Hanko box. This machine will prepare your seal in just a few minutes. The process is very simple. The interface lets you design your Hanko, and the simple mechanics: press the green button to proceed or press the red button to go back.

Hanko is indeed your best souvenir from Japan. The unique seal embodies your name and signature. This also shares the memories of your Japan adventure. So, get the best good-looking Hanko from Japan now!