Hygiene in Japan is remarkable! Indeed the cleanest country in the world.

Although the country gets hit by typhoons, they still able to manage the environment clean and green. No doubt, one of the country’s highest priorities is to maintain proper hygiene.

Why hygiene practices significant to Japanese people? Apart from the numerous benefits, Japan has a strong historical background of cleanliness. To learn more about hygiene in Japan, the origin, and the six Japanese hygiene practices, continue reading this post.

The Dawn of Japanese Hygiene 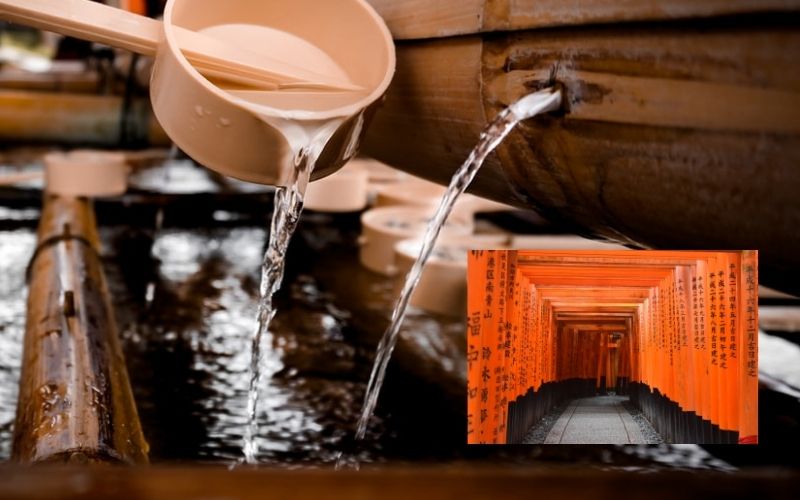 Japan’s cleanliness sets a standard worldwide. In fact, the Konmari Method of Marie Kondo (Guru of Tidiness) has been on the New York Times best-seller list. But how Japanese people discovered the importance of hygiene?

As we all know, hygiene often means keeping clean to protecting health. But the Japanese sense of hygiene has a deeper meaning as it is rooted in their religious beliefs, Shinto and Buddhism.

Shinto originated in Japanese people and tradition, has purification rituals before subjecting themselves to prayer. Part of this ritual is the cleansing preparations, which include sweeping and washing.

Tourist visitors will also respectfully observe the hand wash etiquette before praying and a tea ceremony when visiting shrines and temples in Japan.

Also, one of the good morals from Buddhism teaches them that cleanliness contributes to having a peaceful mind.

Cleanliness is a part of Japan’s long history. Although the cleaning standard is declining, unlike in the twentieth century, you can still notice how the country keeps these valuable practices.

When you visit the country, you can observe the differences, such as:

In the next subtopic, you will learn and understand the hygiene practices of the Japanese people that had become their usual routine. 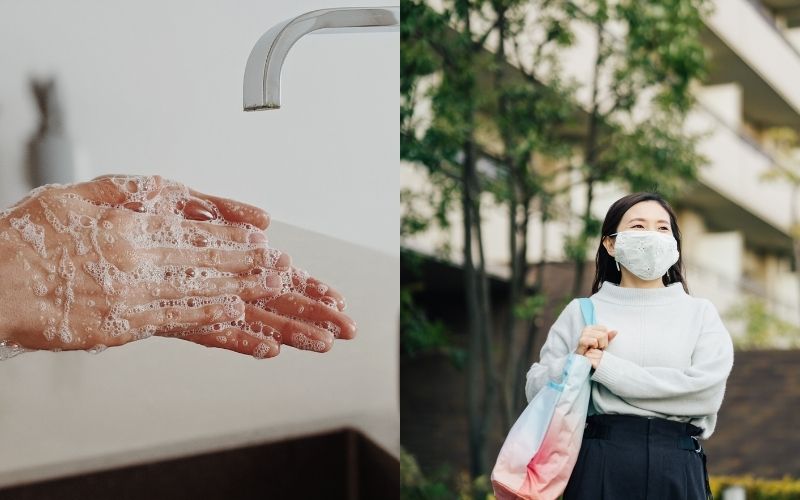 Bathing is scientifically proven to prevent the spread of disease and improve your health. In Japan, bathing is a significant part of their hygiene habits, and it’s a cultural norm. They believed that it does not only cleans your body but can cleanse the spirit and improve one’s health.

In fact, the Japanese style of bathing is not the same as the usual bathing. Taking showers is not sufficient to clean their body, for they need to soak their body in a bathtub. And it is typical for them to do it at night.

That is why it is normal for every Japanese household to have a shower and a bathtub inside their bathrooms. There are also public baths that are commonly found anywhere in Japan, such as the following.

Onsen or hot spring is a public bath in Japan that uses spring water to clean and relax your body. In fact, soaking your body in this mineral-rich water has so many health benefits, including stimulates cells to make your skin look healthy.

Sento is a Japanese communal bathhouse where there is an entrance fee. Unlike in Onsens, Sento bathing places use the usual water, not spring water. In the past Japanese people used to go to Sento if they do not own bathtubs at home. Today, traditional Sento has declined as most households have a full bathroom.

However, modern Sento emerged recently in Tokyo areas. It is known as Super Sento, which offers additional services, such as dining, entertainment, and relaxation.

Bathing in public places, like Sento and Onsen, requires you to follow some etiquette. To know some of these Japanese manners, read the “25 Things You Should Not Do in Japan” article.

We understand that handwashing is the world’s new norm to prevent the spread of viruses and other infections. But did you know that this hygiene practice is just a common lifestyle custom for people in Japan?

As Japanese people have a strong foundation concerning hygiene awareness, washing their hands when coming home from the outside is something that they do regularly.

Actually, the Japanese Ministry of Health, Labour, and Welfare or MHLW recommends the public the six steps of proper handwashing. Foodservice industry workers, on the other hand, are required to perform the entire steps. Here are the steps to do proper handwashing:

Gargling with saltwater is part of cleaning your body in Japanese culture, similar to bathing and handwashing. It’s typical for Japanese people to gargle when arriving home from the outdoors.

Well, this normal hygiene practice in Japan is effective and has good health benefits. It neutralizes the acids in the throat caused by bacterias, maintains a pH level, clears nasal congestion, reduces the risk of respiratory tract infection, eases tonsillitis, and more.

Using Oshibori is quite common in Japan. What is it? It’s a damp towel that had been soaked in hot or cold water, rolled, and placed in a container or a plastic bag.

These hot-rolled towels are often offered in places, like in a restaurant, ramen shops, and bars in Japan, and used to clean hands before eating. Offering Oshibori has been part of the Japanese hospitality culture, and most importantly, its hygiene purposes.

Oshibori has two types, such as the following:

Some restaurants use wet wipes as an alternative to hot towels.

The practice of wearing masks is the new norm worldwide to stop the spread of viruses. However, in Japan, it has been long-practiced. In fact, you can see Japanese people wearing masks everywhere in Japan.

Mask wearing had been part of Japan’s public health campaigns in the early 2000s to instill the importance of health and the community.

Following good respiratory hygiene eventually became a part of their daily lives. So even if they feel unwell, they wear masks.

Starting the pandemic last 2020, the government in Japan recommended wearing surgical masks. This type of mask must be wear when going outside public places and entering any commercial facility.

Japan’s strong cleanliness culture is very noticeable when you visit Japan. It’s hard to find trash bins on the street, but you will be impressed by how they keep the surroundings clean and tidy.

However, how they keep this religious-based cleanliness up to this generation? Here are the two things involved.

Those hygiene practices in Japan may or may not be new to you. But we understand that the customs and beliefs of this country have impacted hugely on their daily routine today and counting.

The Japanese style of bathing, handwashing, gargling, wearing masks, using Oshibori, and cleaning have explained the deep meaning of hygiene. Because hygiene is not only cleaning our body but protecting our health, which means preserving our life.

To learn more interesting information about Japan, you can visit FAIR Inc. 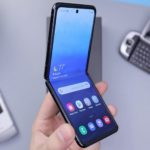 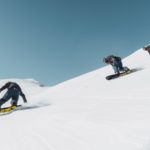