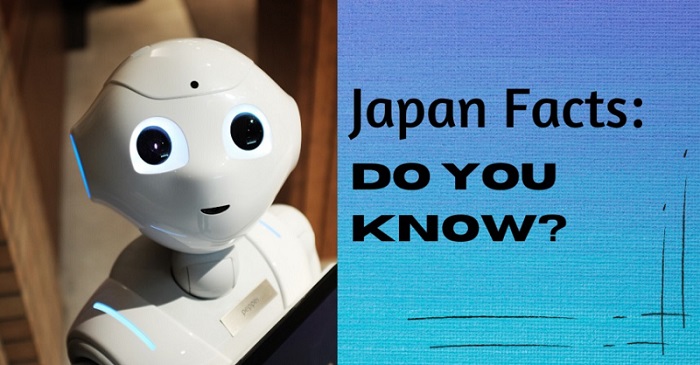 We have read and heard a lot of things about Japan but are they all facts? Is the information we know about the country before still applies or holds true until today?

We would like to give you some interesting facts that you must know – may you be planning to visit as a tourist, to study and work, or migrate to Japan.

Japan Facts That You Must Know

Japan is an archipelago? If we take a look at the world map, this country looks like a group of just a few islands. Amazingly, Japan is composed of 6,852 stunning islands. Four of these islands are the major ones, which are usually referred to as the mainland, namely Hokkaido, Honshu, Shikoku, and Kyushu.

The densest metropolitan population, not just in Asia, but in the world can be found in Japan. Greater Tokyo, which also is known as the Tokyo-Yokohama Metropolitan Area, has an estimated population of almost 37 million. Let’s take for example, one of the most packed train lines, the Tozai Line, has an estimated number of 480,000 commuters during rush hour. Also, during Golden Week celebration – a total of ten days off – road, expressways, and trains are jampacked. So if you have ochlophobia or fear of a crowd of people, you know which part of Japan you have to avoid.

McDonald’s in Japan is not what you usually have in your country. Amazingly, Japan has the most branches of this biggest fast-food chain, next to its home country. Originally, Japan has opened more than 3,700 branches. Unfortunately, in 2015, the number of branches was reduced and currently have at least 2,900 branches in the country. You might say “Oh, I want to get a taste of Japan”, but stop. You would be surprised that Japan’s McDonald’s is not the kind you can find in your home country. The menu offers an infusion of the original and Japanese distinctive flavors. Give it a try and see it for yourself.

Japanese people are seafood lovers. You probably know that they get most of their protein from seafood and seafood products. This includes sushi – seasoned rice matched with different ingredients like fish and shrimp – and sashimi, a thinly sliced raw meat, where fish is commonly used. Because of this, Japan is the largest seafood exporter in the world. Their love for seafood could also be the reason why they have the longest life span. Surprisingly, aside from the usual fish and seafood we know and eat, whales and dolphins are also part of their diet.

Famous meat is Kobe beef. This type of wagyu beef is from cows raised in Kobe, Japan. These cows are well taken care of, get a little massage, and are fed with Japanese beer, or sake, during summer. With that unique way, the meat is known for its tenderness, flavorful taste, and marbled fat. Even the parents of the famous late basketball star, who passed away last January 2020, had this famous beef in their minds when they named their son.

You can take a nap at work in Japan. You will surely love this. Taking a nap at work is encouraged in Japan and it is a fact that doing so will make the worker more productive after it. Inemuri, as they call it, is regarded as exhaustion because of hard work. Usually done in the office chair, face down on their table, a 30-minute nap is recognized to be part of their regular work hours. Not so long ago, there are companies that have created napping rooms, a space for their workers where they can freely take a nap. But, it is also a culture in the country to stay longer in the workplace to show your willingness to work. Are you prepared to do that?

Bathing in Japan is different from what you usually do. Either in public or private, bathing is done for relaxing, not for cleaning. If you wish to try to bath in Japan’s onsen or sento, make sure that you scrub yourself first and rinse well enough. Imagine yourself soaking in warm water, while looking at a beautiful view. Relaxing, isn’t it? You definitely want to experience this on your visit.

Dogs’ bark is different in Japan? Dogs bark in the US sounds as arf arf or woof woof, while bow bow or aw-aw in other countries. Far from those, Japan word for it is wan wan. Sounds cute, right? The most famous dog in Japan was Hachiko, whose loyalty to its owner has touched a great number of those who viewed its movie. You surely wouldn’t want to miss taking a photo of its statue located outside of Shibuya station.

Even before this Covid-19 breakout, a mask is already a part of Japan’s modern fashion? Though you won’t see everyone using it literally, most do. They wear masks for several reasons – for protection from and stop the spread of common colds, flu, or virus. Women use them as an excuse from putting makeup or emphasizing their eye makeup, and also to cover facial skin problems like a pimple. The use of masks varies from one person to another. But because of these reasons, masks come in various colors and designs, without compromising their purpose.

Japanese people love soy sauce. Shoyu, as how Japanese call it, is more than a condiment in Japan – it is considered as the source of umami taste, the fifth basic taste. Not like other soy sauce made in other countries, shoyu is brewed longer, and less salty. It even comes in 8 different types and grades. Can you imagine eating Japanese food without soy sauce? Or have you tried eating soy sauce-flavored chips?

Have You Heard About This?

There is much information about Japan that people from other countries believe but are not proven fact. Let’s consider some of them.

Read more about places that are worth visiting from Top 20 Instagrammable Places in Japan. 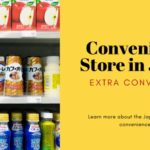 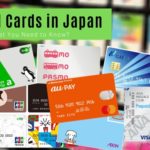